The situation in Nepal is very critical. Jean Michel Asselin, a French reporter who just came back from Nepal is shouting a far cry: 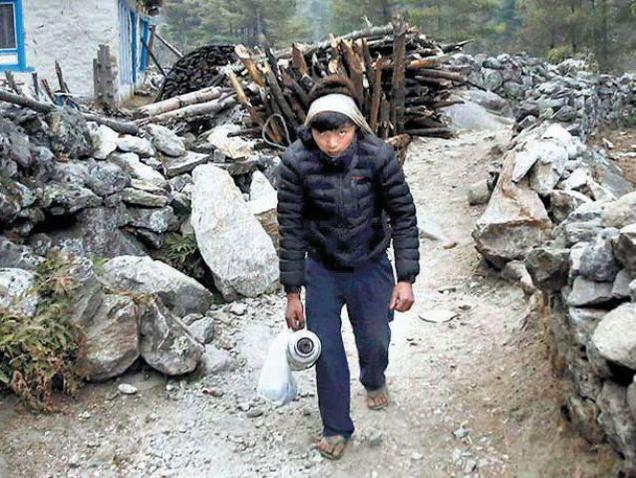 Fed-up by the media, which, with the exception of some rare newspapers do not report on the real tragedy happening in Nepal.

I was hoping that President Hollande, between Rafales talks (a French military plane which is expected to be sold to India) and others mundanities, would discuss with the Indian Prime Minister the blockade (an unofficial status as politically correct we say) which kneels the Nepalese people. We must know that Nepal depends almost 100% of India regarding energy (oil, gas) and many raw materials (cement, electronic medication etc. ..). It’s now four months that India closed its borders, creating a shortage coupled with an intense black market that ruin Nepal. Why this blockade? Simply put because the people of Southern Nepal who live on the Indian border oppose the Nepal Constitution, saying they are under-represented in parliament. These closely related Indian populations (ethnically, culturally ..) asked their Indian neighbors to help them put pressure on the government of Kathmandu. So the Indians have organized the blockade. You should know that this blockade is a source of enrichment for the Indians who sell gasoline and gas on the black market (gasoline costs then 5 times the normal price). All this trafficking has led to large increases in all products prices including food! Once again it is the poors who suffer. But all the Nepalese economy suffers, and it is easy to understand that such an organized shortage does not facilitate the reconstruction of all that was destroyed during the quake.

During my recent visit to Kathmandu dozens of young people were mobilized to denounce the position of India, and were chasing people for signing petitions, it is necessary that the international community becomes more interested in this issue … It is urgent

Go online, look at the lines of people queuing for days to get ten liters of gasoline or a gas bottle … I know it’s only Nepal and nobody cares, Nepal do not buy planes, do not sell oil … There may yet be some people who will truly apprehend the extent of this desaster. I do not quite know what to do but I hope that by addressing the media we may bring this catastrophic situation forth to the attention of the civil society for some actions … Over there there is a state of urgency for several million people who reside in a countries among the world’s poorest and who are for me and many others, among the most generous.