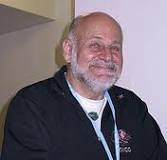 Kurt Diemberger (born on 16 March 1932 in Austria), living legend of mountaineering, high-altitude filmmaker and photographer, author of several books, recipient of the 2013 Piolet d’Or Lifetime Achievement (after Walter Bonatti, Reinhold Messner, Doug Scott and Robert Paragot), is one of the founding fathers of Mountain Wilderness and still serves as Honorary President.

Diemberger belongs to an elite club. Only three men have made the first ascent of two 8,000ers: Hermann Buhl, Diemberger and Gyalzen Norbu Sherpa (Broadpeak In 1957, Dhaulagiri in 1960).

His climb of Broad Peak was a landmark ascent: the first time an 8,000er had been climbed in lightweight style, without the use of high-altitude porters and oxygen.

Diemberger was the last person to see Hermann Buhl alive before he fell through a cornice on Chogolisa.

In his youth Diemberger spent his summers in the Alps, starting in the Western Alps and ending in the Dolomites.

By 1958 he had climbed the three great north faces of the Alps – Eiger, Matterhorn, and Grandes Jorasses – a truly remarkable achievement for the time.

During the 1960s he became a mountain guide but continued to climb hard and explore the highest mountain ranges.

He made a number of trips to the Hindu Kush, driving from Austria in a VW bus. First ascents included Nobasium Zom (7,070 m) and the magnificent Tirich West IV (7,338 m), in 1967, both in Pakistan.

In 1978 he climbed Makalu and Everest with Pierre Mazeaud, and the following year Gasherbrum II. Later he was joined by Julie Tullis on several trips, including a repeat ascent of Broad Peak. Their expeditions, on which they acted as a two-person film crew, culminated in 1986 with their well-known ascent of K2. Diemberger was one of only two survivors in the 1986 K2 disaster.

Besides mountain ranges, he was also fascinated by remote deserts and the Poles.

Thawing #arctic hillsides release a significant amount of organic #carbon that has been locked in frozen ground for thousands of years but which now can contribute to an already warming climate.The finding comes from the study of hillsides in a far north region of Russia, where the researchers also found a significant and rapid increase of collapsed hillsides. The collapses feature landslides that gradually expose more of the #permafrost for thawing -- and more carbon for release.Global climate models don't account for the once-frozen carbon set free by these collapsing hillsides. ... See MoreSee Less

Thawing Arctic hillsides release a significant amount of organic carbon that has been locked in frozen ground for thousands of years but which now can contribute to an already warming climate, accordi...
View on Facebook
· Share

The pass between Scex Rouge and Tsanfleuron has been iced over since at least the Roman era. But as both glaciers have retreated, the bare rock of the ridge between the two is beginning to emerge – and will be completely ice-free before the summer is out#glaciers #alps #climatecrisis ... See MoreSee Less

Fragments of shredded truck tires blown in from nearby highways. Pieces of plastic bottles lifted from a Utah landfill by siroccos and dropped onto Loveland Pass. Detritus from the Pacific garbage patch catapulted by El Nino into the San Juan mountains. Microplastics seem to be everywhere. An invisible layer blankets the Rocky Mountains, polluting snowpack and water in yet undefined ways. ... See MoreSee Less

Researchers in Colorado have identified tiny pieces of plastic in a snowpack sample from the pristine high country — a finding that may confirm suspicions that an invisible layer of microplastics bl...
View on Facebook
· Share

What Is Desertification? Causes, Effects, And Solutions | Earth.Org

To curb high rates of land degradation worldwide, effective risk management is needed. What is desertification and what are the main causes and solutions?
View on Facebook
· Share

Thawing #Arctic hillsides release a significant amount of organic #carbon that has been locked in frozen ground for thousands of years but which now can contribute to an already warming #climate. Global climate models don't account for this @ScienceDaily https://www.sciencedaily.com/releases/2022/08/220812224205.htm

The pass btw Scex Rouge and Tsanfleuron has been iced over since at least Roman era. But as both #glaciers have retreated, the bare rock of the ridge btw the two is beginning to emerge & will be completely ice-free before summer's end #Alps #climatecrisis https://www.theguardian.com/environment/2022/aug/11/swiss-mountain-pass-scex-rouge-tsanfleuron-glacier-melts-climate-crisis

Fragments of truck tires blown in from nearby highways, pieces of plastic bottles lifted from landfills by siroccos & dropped onto the slopes. Detritus from Pacific garbage patch catapulted by El Nino into the #RockyMountains. #Microplastics is everywhere https://www.cpr.org/2022/08/07/microplastics-increasingly-found-in-colorados-snowpack/

Soaring temperatures and improper disaster management have resulted in increased #desertification rates across the globe. More than 60% of Central Asia is vulnerable to desertification processes. Desertification is a huge issue also in Africa.
https://earth.org/what-is-desertification/

Temperatures in the #Himalayas are rising twice as fast as global average, melting ice & cutting snowfall. If world leaders fail to honor their promise to limit #globalwarming to 1.5 C, half to 2/3 of total ice mass will have disappeared by end of century
https://p.dw.com/p/4EIm4?maca=en-Twitter-sharing

Mountains act as carbon sinks, they provide food a