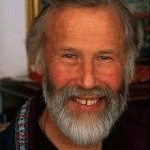 Sir Christian Bonington is a legendary British mountaineer. Born in Hampstead in 1934, his career includes nineteen expeditions to the Himalayas, including four to Mount Everest and the first ascent of Annapurna South Face. In 2015 he was awarded the Lifetime Achievement Piolet d’Or.

Born in 1952, he is one of the greatest Italian mountaineers, with important ascents of the great eight-thousanders between 1983 and 1998. He is one of the founding fathers of MW, of which he has been international Guarantor since 1993.  He helped organise the “Free K2” international clean-up expedition to rid the mountain of the tonnes of waste accumulated over the course of many years. An environmentalist and nature photographer, for years he has been working with the association Senza Frontiere to build schools for homeless children in Nepal.

Born on 16 March 1932 in Austria, Diemberger is a mountaineer, writer and high-altitude filmmaker. He attended the University of Vienna, where he obtained two degrees (MBA 1955, MEd 1962). In 2012 he received the 5th Lifetime Achievement Piolet d’Or for his impressive mountaineering activities. Kurt is currently Honorary President of Mountain Wilderness International.

Alessandro Gogna, born on 29 July 1946 in Italy, is an internationally renowned mountaineer, mountaineering historian, mountain guide and opinion maker on mountain tourism and environmental issues. Starting from the rock walls of the Ligurian Alps, in northwestern Italy, and the Dolomites, he has climbed mountains all over the world and has completed many first ascents in the Alps and Apennines. He was one of the founders of MW and is still a Guarantor. He was General Secretary of MW Italy until 1994 and has worked on important environmental initiatives such as Marmolada Pulita, Free K2, Proteggi il Bianco, Aquila Verde, Save the Glaciers. 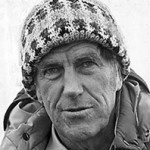 Sir Edmund Percival Hillary was, together with sherpa Tenzing Norgay, the first mountaineer to summit Mount Everest in 1953. He was the first Honorary President of MW and devoted much of his life to assisting the Sherpa people of Nepal. His efforts are credited with the construction of many schools and hospitals in Nepal. 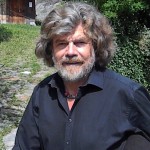 Reinhold Messner is widely recognised as the greatest mountaineer of all time. He became famous worldwide for the first solo ascent of Everest without supplemental oxygen in 1978. In 1986 he became the first mountaineer ever to climb all fourteen eight-thousanders. He was instrumental in the creation of MW, taking part in the organisation’s first actions. He has not been a Guarantor of MW for some time. 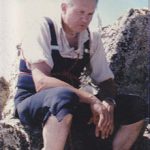 Born in 1929 in Italy, a CAAI academic, he completed important ascents, especially in the Dolomites and the Western Alps. As President of CAAI, he promoted and contributed to the foundation of MW since the Biella Convention in 1987. In the 1958 yearbook of CAI Lecco he wrote: “Today, where everything is about money, ambition, publicity, we must save the spiritual values of mountaineering, this is the important thing; climbing a mountain must not be a man’s aim in life, we must achieve positions in life and work in such a way as to demonstrate what mountains have taught us”. 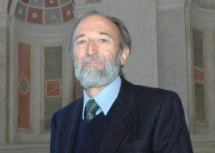 Carlo Alberto “Betto” Pinelli is one of the founding fathers of a mountaineering that has made environmental protection its raison d’être. Academic of the Italian Academic Alpine Club (CAAI), director, writer and intellectual, he has been several times President of MW International and Italy, and has undertaken far-reaching environmental protection projects over the years, from Mont Blanc to the Himalayas, receiving important acknowledgements. He is Honorary President and in charge of the Asian Desk of MW International.