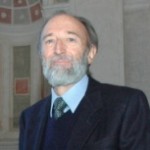 The honor, as announced by the Italian Ambassador in Pakistan Stefano Pontecorvo, will be delivered during the spring of 2016. “Through this Embassy”, as stated in the December 1 message from Islamabad, “Italy will reinforce their archaeological history in Pakistan, celebrating the sixtieth anniversary of the Swat mission and its mountaineering tradition started by the Duke of Abruzzi, in addition to the commitment to the environment as shown by the highly effective implementation of the Central Karakorum Park “.

“Betto” Pinelli’s popularity in Pakistan , 80 years worn boldly, current president of Mountain Wilderness Italy and responsible of the Asian Desk of MW International, is linked to various initiatives: from archaeological research in the footsteps of the late prof GiuseppeTucci to mountaineering courses for aspiring guides, including the famous ecological Free K2 expedition, freeing the second highest mountain of the world from tons of waste and fixed ropes left by previous expeditions, of which Pinelli was the leader.
Eminent documentary filmmaker, author of numerous filmed essays on sociocultural anthropology as shown in his website, Pinelli has also participated in a few archaeological scientific expeditions in Turkey and Afghanistan. It is his mountaineering values and fervent activities in defense of the mountains shared by many world class mountaineers that helped to give birth, in the eighties, to Mountain Wilderness.

His activities on the mountain are always marked by a commitment to the environment. Among his many activities for Mountain Wilderness he has organized several environmental friendly mountaineering courses  in Pakistan, in India, in Afghanistan and lately in Ethiopia.

Today the Pakistan’s honor to  Pinelli illuminates this extraordinary scholar and mountaineer figure which is a source of pride for all of us, friends of the mountain.

Betto’s bio can be found here